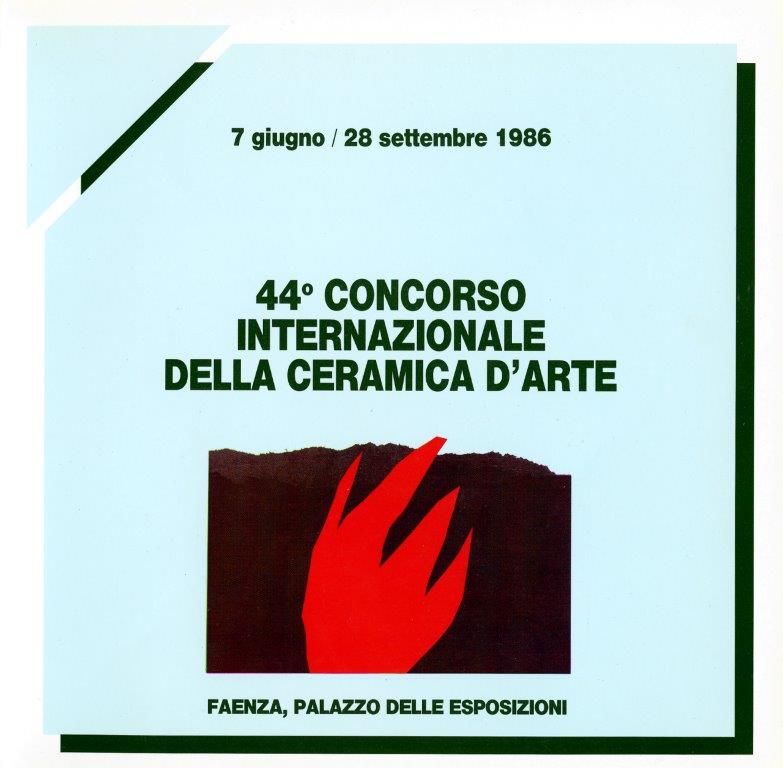 I was characterized by a strict selection of competitors based on a careful comparison of the works presented, so as not to award the Faenza Prize, was announced by the Municipal Administration and organized by a Technical Committee headed by the Municipal Palace. Artists and ceramists, individual or associated, could compete, presenting a maximum of three works performed with any technique, with the exception of cold decorations. The works were not to have been presented at other exhibitions.

The choice of the selected works was made between 10th and 11th April by an international jury, composed of experts in the field of art, ceramics and culture, while the award ceremony of the works took place on 12th April. The jury was divided into two working groups: the first was responsible for the selection of the works submitted, and then a small group of art critics and men of culture were assigned the prizes up for grabs. The jury had the opportunity to observe and evaluate all the works directly, since each artist had to send his work to the Committee’s headquarters in Faenza, attaching his curriculum vitae to the works. 353 works submitted by 172 artists from 34 countries (Australia, Belgium, Brazil, Czechoslovakia, Cipro, South Korea, Denmark, Finland, France, Japan, Great Britain, Greece, Ireland, Iceland, Israel, Italy, Yugoslavia, Mexico, Norway, New Zeland, Holland, Poland, Puerto Rico, German Democratic Republic, Federal Republic of Germany, Romania, Senegal, Spain, United States of America, Switzerland, Turkey, Hungary, Soviet Union, Venezuela) were admitted to the second selection.

The works that won the Faenza Prize and the purchase awards remained the property of the city of Faenza and deposited at the MIC.

The award ceremony took place on 7th June to coincide with the opening of the exhibition. The works were exhibited at the Palazzo delle Esposizioni from 7th June to 28th September.

Rules of the 44th Competition_multilingual

Award of the Provincial Tourism Board of Ravenna

Award of the Provincial Tourism Board of Ravenna