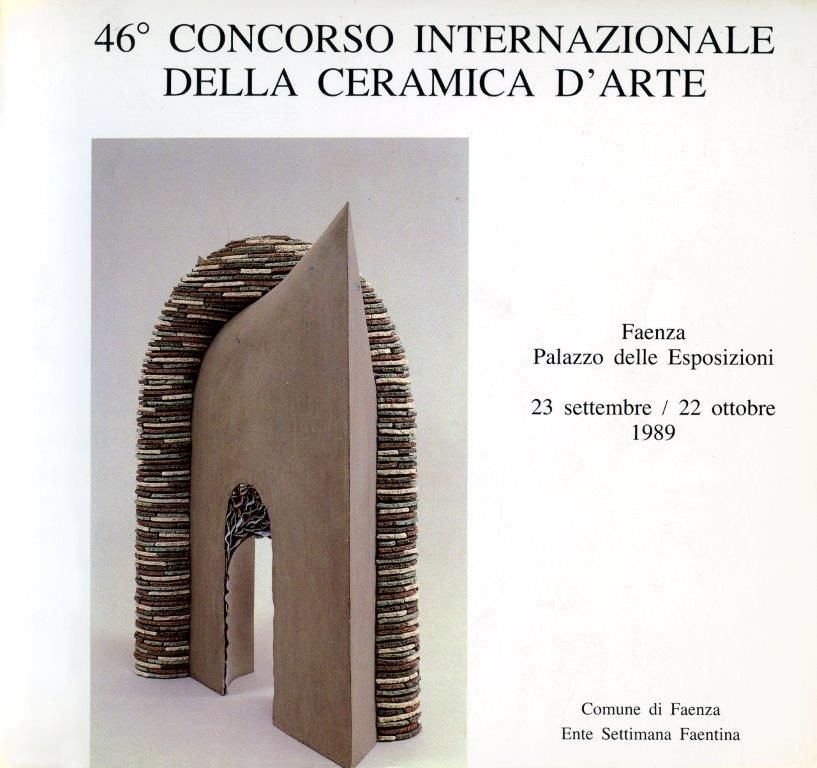 The 46th International Competition for Ceramic Art became a biennial event for the first time. It has always had the aim of stimulating the search for new fantasies, new techniques and new materials, with an interest in the renewal of forms and modes of expression. The competition, announced by the municipal administration and organized by a technical committee under the authority of the Ente Settimana Faentina, could compete artists and ceramists, individuals or associates, presenting a maximum of three works performed with any technique.

The second selection, with the awarding of the prizes, was carried out on 24th June by a second international jury, directly evaluating the works received, with the exclusion of those seriously damaged during the expedition. The works that won the Faenza Prize and the purchase awards remained the property of the city of Faenza and deposited at the MIC.

The award ceremony took place on 22nd September to coincide with the opening of the exhibition. The works were exhibited at the Palazzo delle Esposizioni from 23th September to 22nd October.

Rules of the 46th Competition

Rules of the 46th Competition_English contest