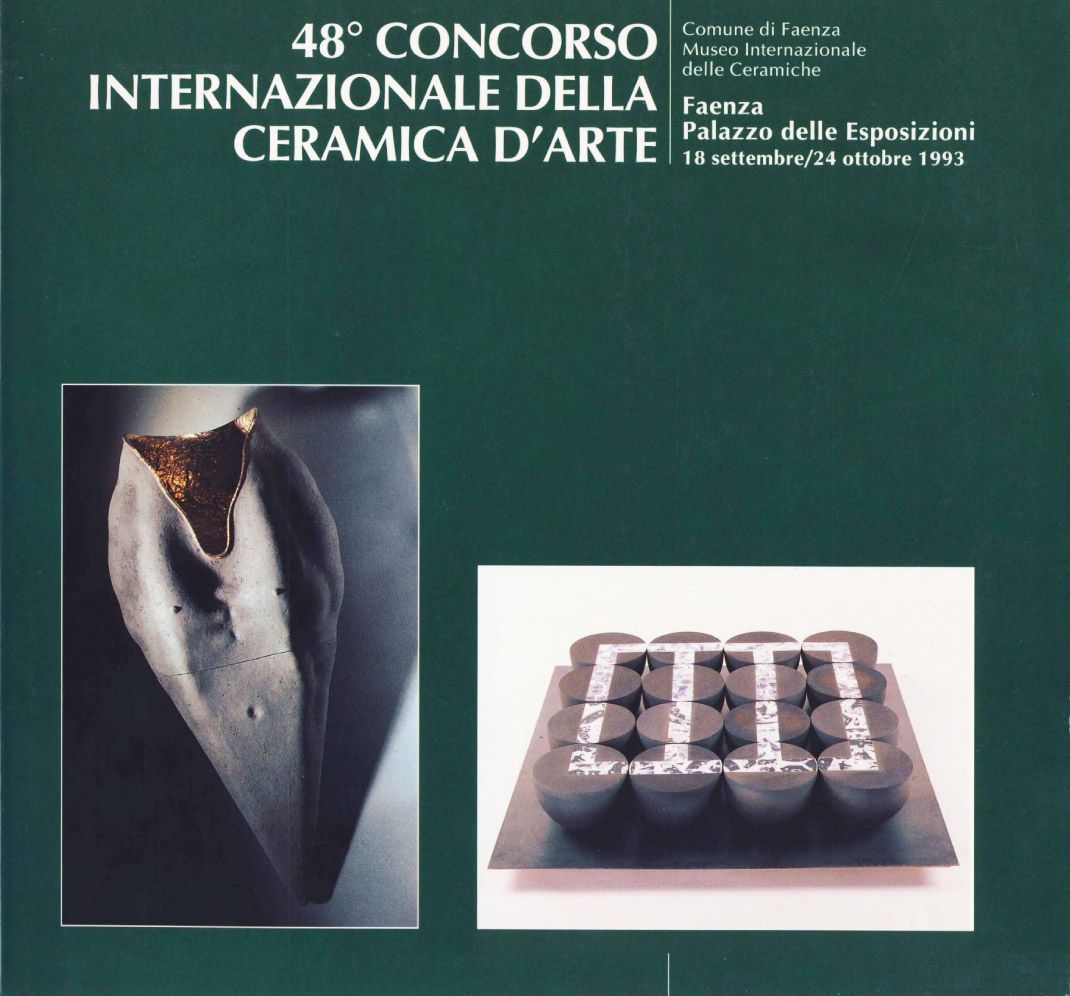 Each competitor, single or associated, could submit a maximum of three works performed with any technique.

The second selection, with the awarding of the prizes, was made on June 4th by a second international jury, directly evaluating the works received, with the exclusion of those seriously damaged during the expedition. The works that won the Faenza Prize and the purchase awards remained the property of the city of Faenza and deposited at the MIC.

The award ceremony was held at the Palazzo delle Esposizioni on 17th September to coincide with the opening of the exhibition. The works were exhibited from 18th September to 24th October.

Rules of the 48th Competition_multilingual

Gold Medal of Ascom - Association of Traders and Services Faenza