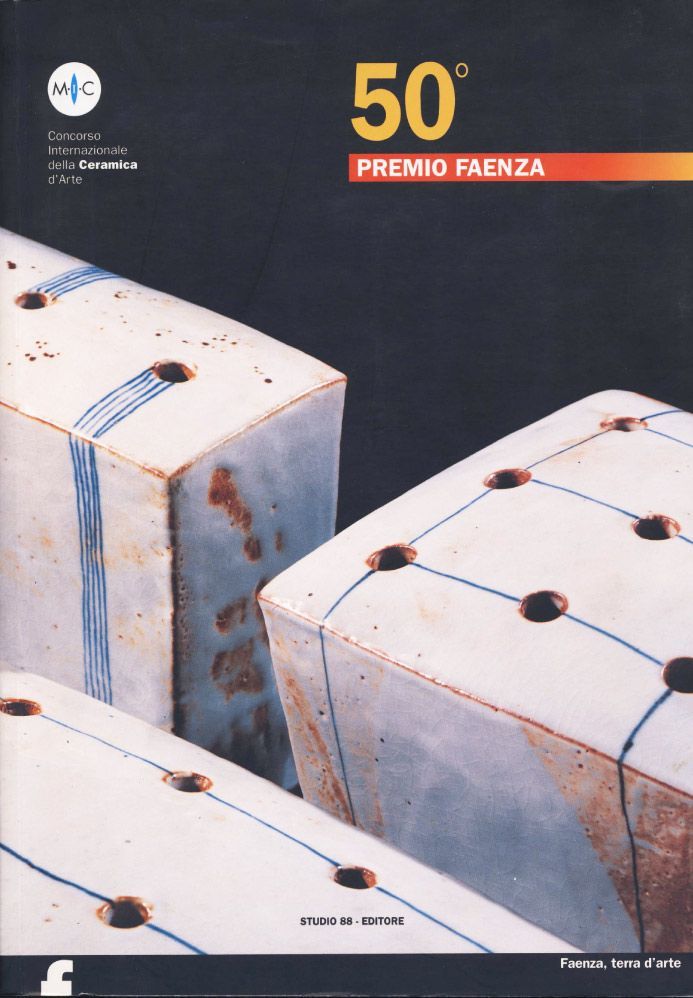 For the 50th edition of the “Premio Faenza”, the International Contemporary Ceramic Art Competition was reserved for artists no older than 40 years of age, in order to stimulate research, renewal of techniques and materials, forms and modes of expression in the new generations. Each competitor could submit a maximum of three works made with any ceramic technique.

At the Competition, with a main prize, the Faenza Prize of 20,000,000 Lire, and five individual medals, 578 artists representing 57 nations competed, with a total of 1.378 works. An initial selection of the works, based on the images submitted, was made on 13th, 14th and 15th January by the international jury. 92 works submitted by 52 artists from 22 countries (Argentina, Australia, Austria, Belgium, Korea, Finland, France, Germany, Hungary, Italy, Japan, Latvia, Mexico, Netherlands, Norway, Peru, Poland, Spain, Sweden, Switzerland, United States of America, Finland, France, Germany, Japan, Great Britain) were admitted to the second selection.

The second selection, with the awarding of prizes, took place on June 8th evaluating directly the works received, with the exclusion of those seriously damaged during the expedition. The choice fell on works that demonstrated competence in the use of ceramic materials and processes and at the same time demonstrated resoluteness of aesthetic intentions and individual points of view. The winning work of the Faenza Prize remained the property of the city of Faenza and deposited at the MIC.

The award ceremony took place at the MIC on 19th September to coincide with the opening of the exhibition. The works were exhibited from 20th September to 31st January 1998.

Rules of the 50th Competition

Rules of the 50th Competition_multilingual

Gold medal with diploma from the Autonomous Tourist Board of Caltagirone