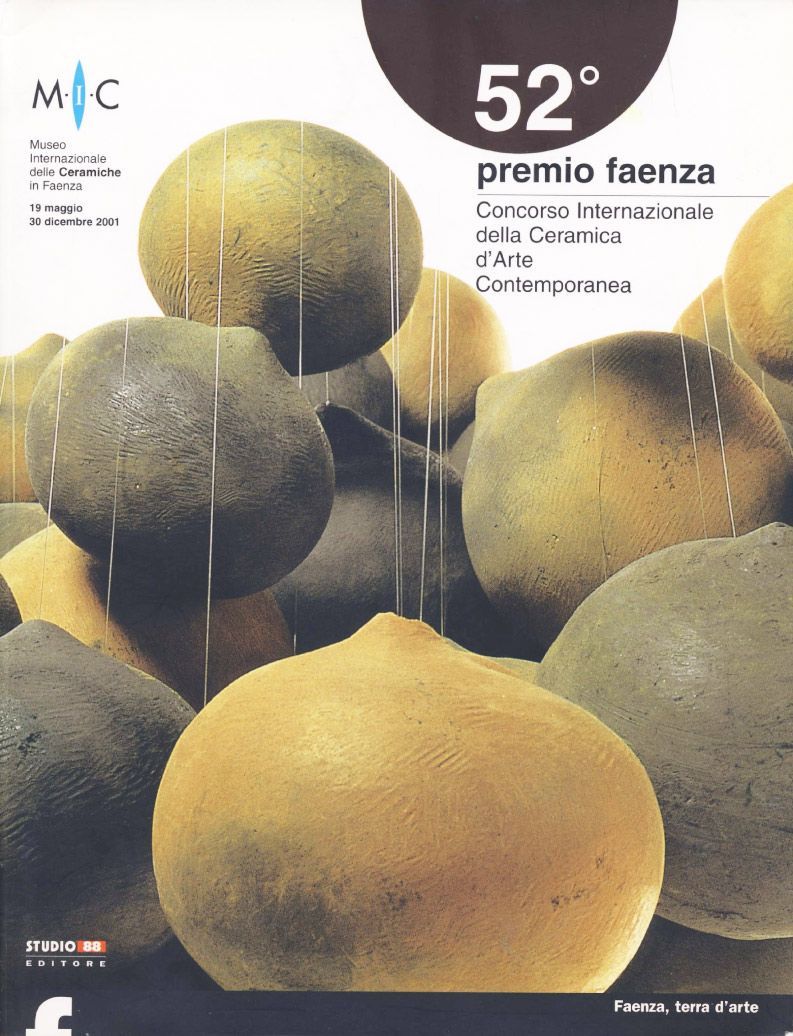 The 52nd International Competition of Contemporary Ceramic Art, open to individual and associated artists without age limits, was arranged in order to stimulate research, renewal of techniques and materials, forms and modes of expression.

Each competitor could submit a maximum of three works carried out with any technique, provided that they are exclusive property of the artist and produced within the previous three years.

At the Competition, awarding the main prize, the Faenza Prize of 20,000,000 Italian Lire, and six honorary prizes, 964 artists representing 59 nations participated, with a total of 2.286 works. An initial selection of the works, based on the images sent, was made on 20th, 21st and 22nd July 2000 by the international jury, composed of experts in the field of art, ceramics and culture. 130 works submitted by 101 artists from 36 countries (Argentina, Australia, Austria, Belgium, Bolivia, Brazil, Bulgaria, Canada, Colombia, Croatia, Denmark, Finland, France, Germany, Great Britain, Greece, Hungary, Iceland, Italy, Japan, Lithuania, Mexico, Netherlands, Norway, Netherlands, the Federal Republic of Yugoslavia, the People’s Republic of China, Spain, the United States of America, South Africa, Sweden, Switzerland of the Ceramists’ Association, Taiwan, Ukraine, and the United Kingdom) were admitted to the second selection.

The second selection, with the awarding of prizes, took place on February 16th evaluating directly the works received, with the exclusion of those seriously damaged during the forwarding. The work awarded with the Faenza Prize remained the property of the city of Faenza and deposited at the MIC.

The award ceremony took place at the MIC on 18th May, the same day of the opening of the exhibition. The works were exhibited from 19th May to 30th December.

Rules of the 52th Competition

Rules of the 52th Competition_English_contest