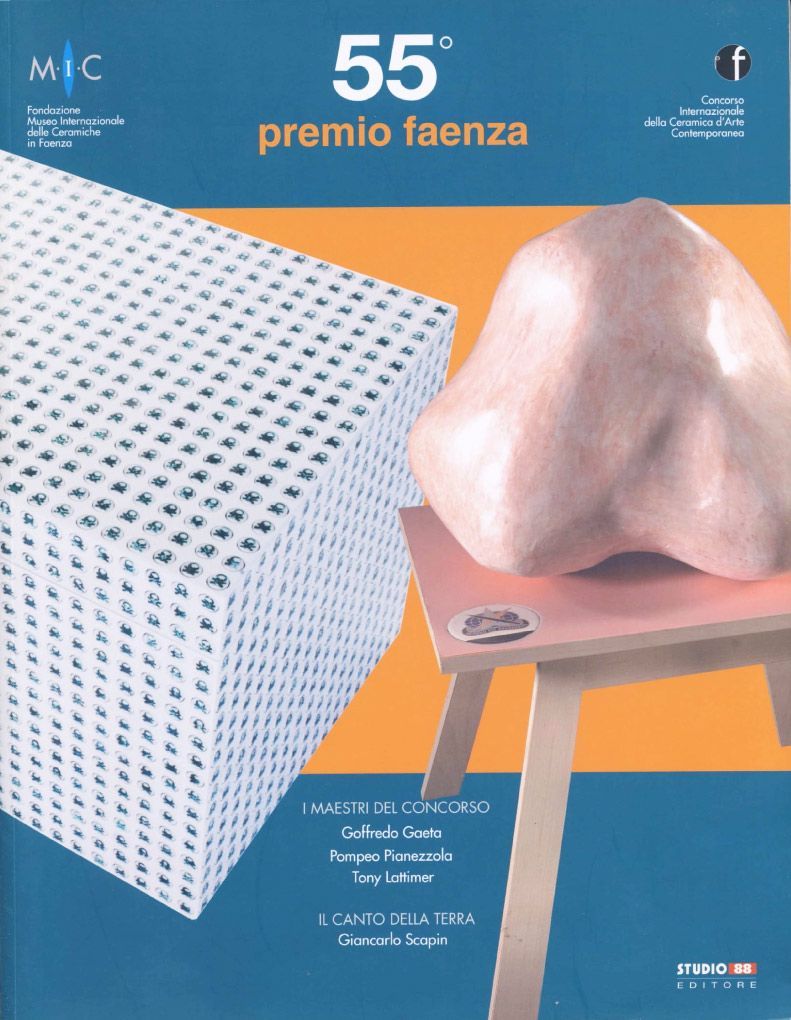 The 55th International Ceramics Competition, renewing its formula, was reserved for artists no older than 40 years of age, with the aim of helping to promote young artists to give visibility to new research, and at the same time encourage the emergence and comparison of the most varied forms of expression without precise boundaries and narrow disciplinary areas. Each competitor, single or associated, could present a maximum of three works without thematic constraint, executed with any technique, using also other materials if not predominantly. The works had to be of exclusive ownership.

At the Competition, with € 37,000.00 of prizes, in addition to the honorary ones, 283 artists representing 41 countries competed with a total of 584 works. A first selection of the works, based on the images submitted, was made on 23rd and 24th October 2006 by the international jury, composed of experts in the field of art, ceramics and culture. 42 works submitted by 31 artists from 10 countries (Bulgaria, Denmark, Germany, Japan, Great Britain, Italy, Poland, Spain, United States of America, Taiwan) were admitted to the second selection.

The second selection, with the awarding of prizes, took place on March 17th, directly evaluating the works received, with the exclusion of those seriously damaged during the expedition. The works winning the Faenza Prize and the purchase awards remained the property of the city of Faenza and deposited at the MIC.

The prize-giving ceremony took place at the MIC on 15th June in conjunction with the opening of the exhibition. The works remained on display from 16th June to 30th September.

Rules of the 55th Competition