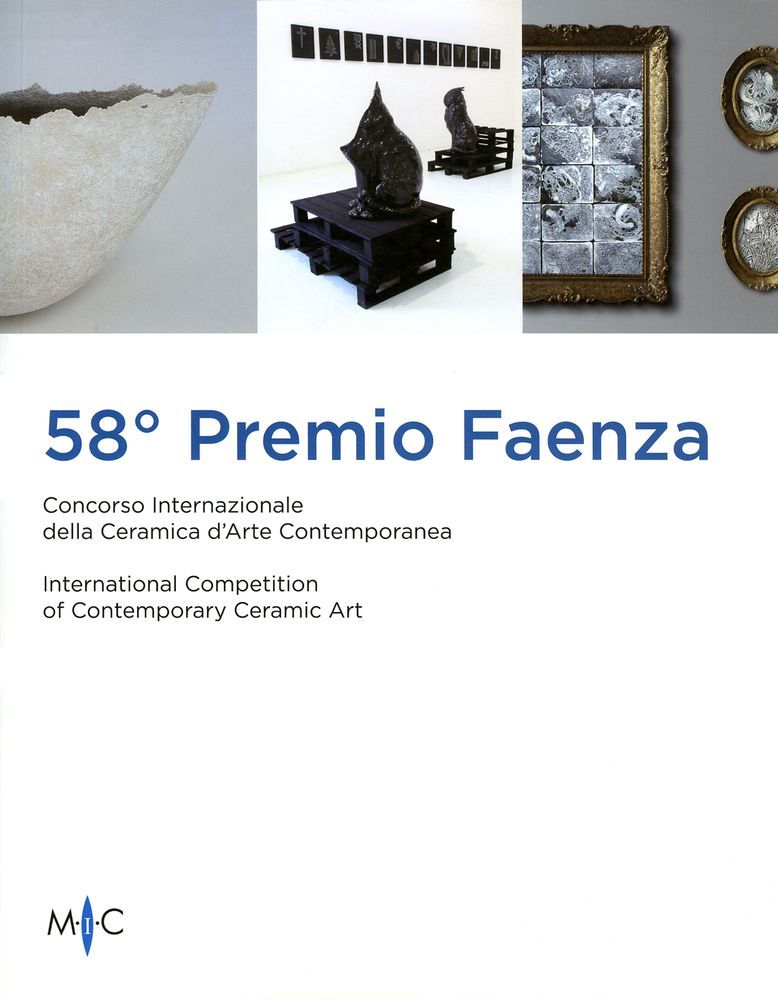 The 58th International Ceramics Competition was launched with the aim of stimulating research, renewal of techniques and materials, forms and expressions, for artists from all over the world who could participate as individuals or associates.

Each participant could submit a maximum of three works, without any thematic constraint, performed with any ceramic technique, using other materials as well, though not predominantly. The works had to be of exclusive property of the artists presenting them, made in the previous two years and not submitted to other competitions. The artists were divided in two categories: under 40 and over 40. A Faenza Prize was awarded for both categories.

At the Competition, with € 36,000.00 of prizes, in addition to the honorary ones, 548 artists representing 51 countries participated, with a total of 1249 works. An initial selection of the works, based on their images, was made on January 28th by the international jury, composed of experts in the field of ceramic art and culture. 93 works submitted by 78 artists from 23 countries (Argentina, Australia, Belgium, China, Colombia, Estonia, Finland, France, Germany, Italy, Japan, Hong Kong, Indonesia, Norway, Poland, Portugal, Serbia, Slovenia, Switzerland, Turkey, Ukraine, United Kingdom, and the United States of America) were admitted to the second selection.

The second degree selection, with the awarding of the prizes, took place on April 15th evaluating directly the works received, with the exclusion of those seriously damaged during the expedition. The works winning the Faenza Prize and the Cersaie Prize remained the property of the city of Faenza and deposited at the MIC.

The award ceremony took place at the MIC on May 25th in conjunction with the opening of the exhibition. The works remained on display from 26 May to 22 September.

Rules of the 58th Competition

Rules of the 58th Competition English_contest

Honourable Mention of the Province of Ravenna