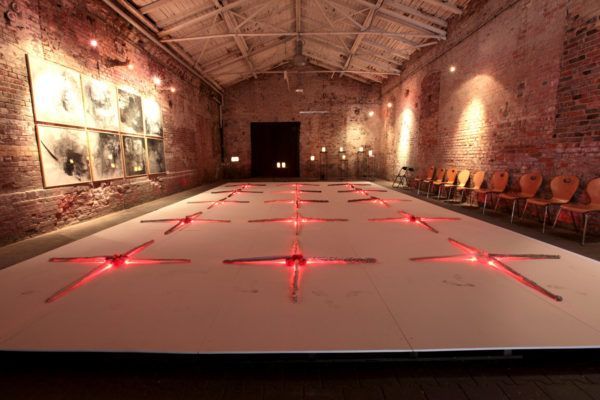 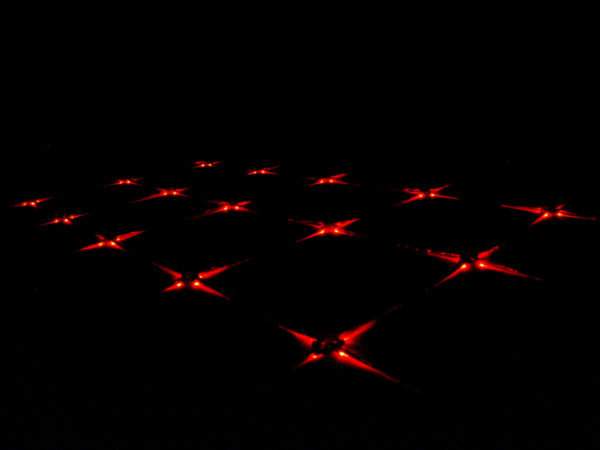 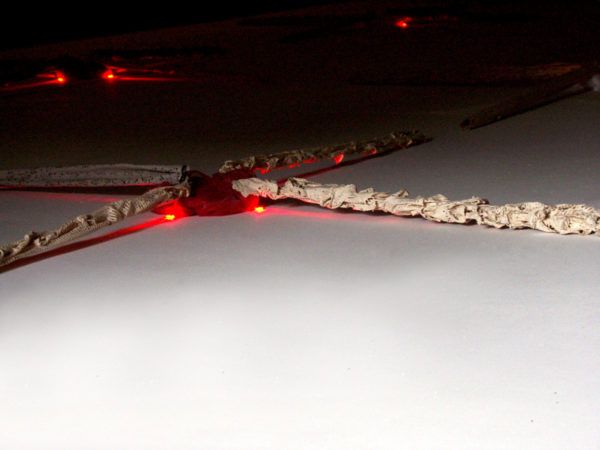 60 seconds – Master Degree Diploma work 2010 at Academy of Fine Art and Design in
Wroclaw at Prof. Przemyslaw Lasak’s Studio of Artistic Ceramics.
Time is a space for ceramics objects. Definite time with it’s 60 seconds dimension.
Performance is the result of research on the way to show 60 seconds. It is an important
assumption, that ceramics objects are forms, which without artistic function will be existing as
an independent speech. Artistic values are the same important for me as aesthetic values.
During design process I always start from very deep analysis of the matter, then I can pass
on to the idea projection (which is a result of analysis), but mostly trying to make aesthetic
values on the first place. I never have an absolute projects, which are just enough to recreate.
I always leave “free space” for a substance movement. This substance which I use, suggest
me further way of making.
Installation on 60 square meters surface, with 60 ceramics form, fabric and light
movement giving a composition, is my personal attempt of opposing time.
Purpose of integrating this materials is obvious – to fusion beginning with the end , joining
two paths on Academy of Fine Arts ( I was a student of textiles department for a one year in
Academy of Fine Art in Lodz). I began with a textile and I’m finishing a certain path with
ceramics. My diploma was the end of some stage as well, so connecting fabric with ceramics
is necessary. Moving light sharpens the form and my speech.
60 seconds – it’s a way where beginning is on her end.
I am a pointing device / impulse.
60 seconds is always different, one and only. It is my person who shows / release occurance
of every second from sixty, which means time depends on me.
But there is one more dimension of time…because 60 seconds does not exist. And this
no-existing is being shown in my proposition of work.