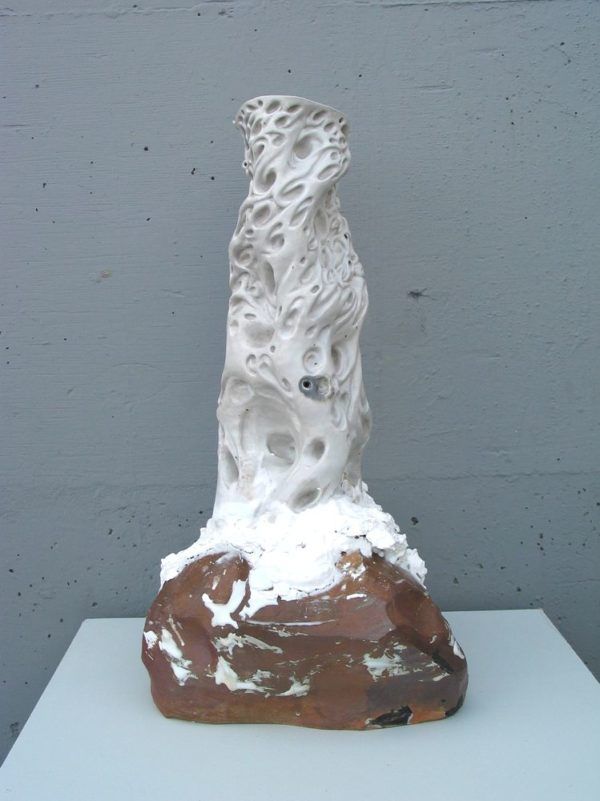 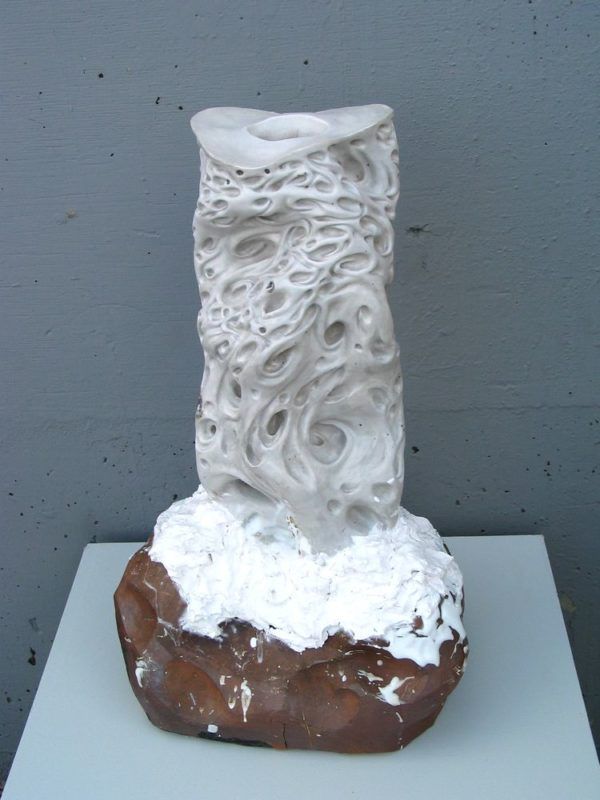 “Ancient dream” is made from a combination of different clay and mixture of snow white glaze and porcelain. The upper part of the sculpture is glazed in gray to contrast with the middle part of white. This piece was fired for a couple of times. It was built by using the techniques of coiling, slab building and carving. Terracotta was partially coated on the lower pedestal part for enhancing the brown color.

“Ancient dream” is intended to convey an admiration for soft water persistently transforming hard rock over time. Water takes shape of any given container. Yet it’ s constant movement is powerful enough to shape any hard rock. “Ancient dream” symbolizes this amazing power of water to erode the hardest mountain into rubble and eventually to degrade that rubble into clay. The lower part symbolizes the earth, the middle section is the mixture of water and rubble, the upper part of gray symbolizing what remains after the effect of erosion.