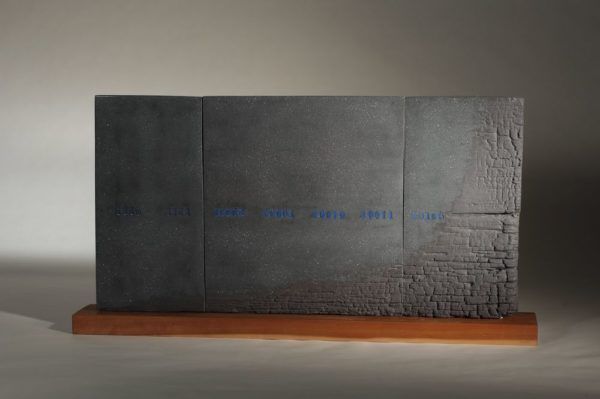 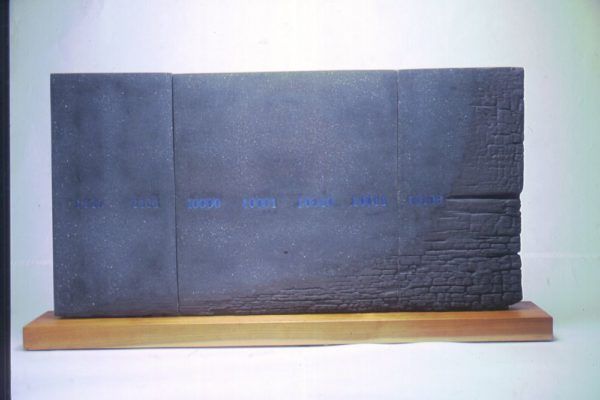 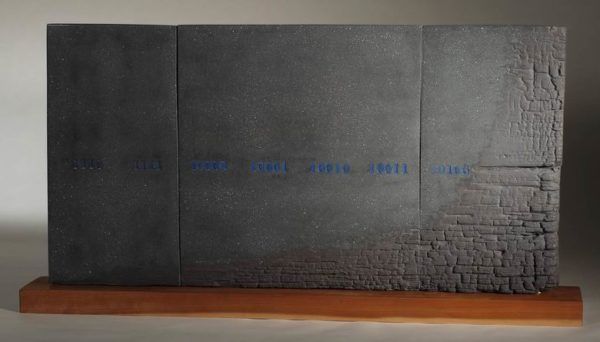 My work is the graph of the carbon dioxide (CO2) present in the air from 14th to 21st century. The figure of the century was expressed by binary system. But 21st century figure was burned already because of too much CO2. It is a very serious problem, which concerns us all.

The destruction of the environment is getting very serious. Especially the influence of “global warming” is making some disaster in many places on earth. We should fight this problem.