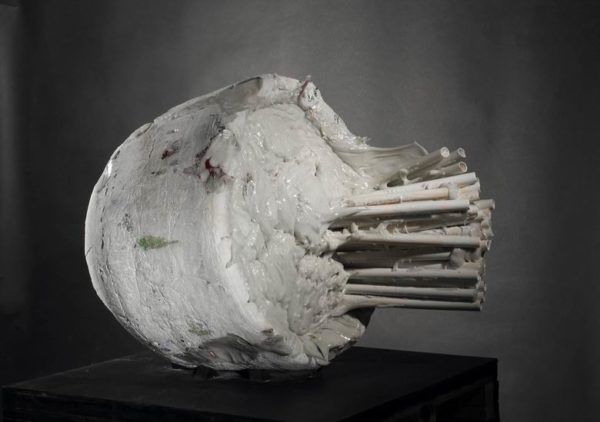 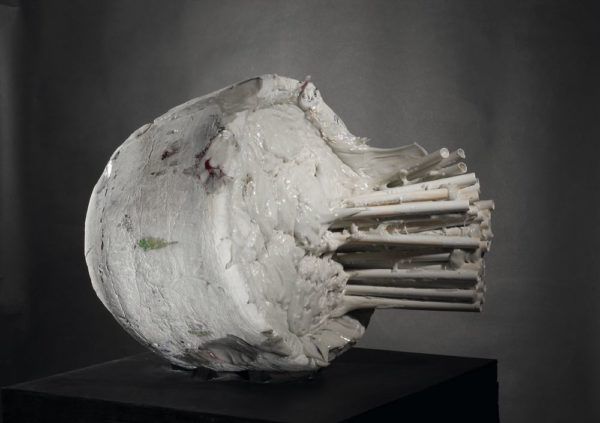 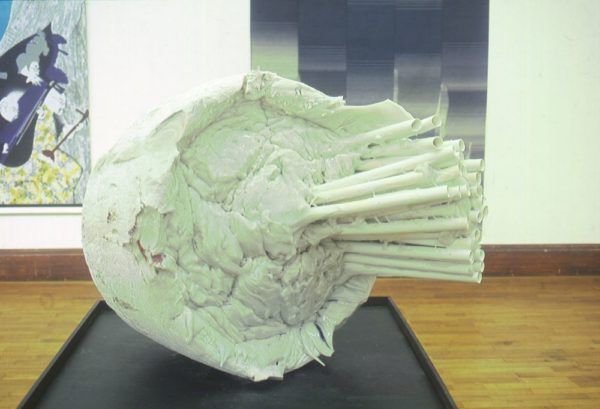 Rocks, upheaved on the seashore, they have been exposed to the wind or waves, abraded and shattered numerous times, as if they were ticking away the time. Human intentions never produce their shapes nor expect what they will be like. It is to say, these are the wroks created by numerous chances.

I create my works based on these activities of Nature. Its process is very similar to the way the rocks are produced in the Earth.I use a cylindrical ceramic as a basic mold in which an object made of china clay is place. i put several layers of glaze on the surface of the object on top of another until the space between the two ceramic pieces is complitely filled with layered glazes.

And then, put it into a kiln set on fire.

In the kiln, by the heat of 2264F and the flame, the work of clay starts changing and gradually loses its original shape. As the glaze sorrounding the object inside starts melting, it is soacked deeper and deeper in the object.

When the work is cooled down, the contraction of the glaze causes some cracks on the surface. Let a chisel lay on one of the cracks and break the outer shell of the work. Deeper parts of the work are less heated and near the center, since it did not reach the point of fusion, I can scrape out the inside. On the other hand, the parts which achieved the melting point look like the marble.

According to the depth, there exist several worlds, the temperature of which rande from 1472F to 2264F. The moments of chemical changes in those worlds are marked the gradation of color and expression.

The creative activity that the flames and curious coincidences perform begins. I put my work in a kiln, i can not affect this process. I try to control the coincidences so that they will not be mere coincidences.

I do not foreground my existance, but feel it as a part of greeat Nature’s cycle. I face with the essence of materials so that I can elucidate the relationship between human beings and nature.

My work is not a copy of Nature, nor Nature itself.

This individual existence was born when the creation of nature and human imagination met the harmony of nature’s soul and the human heart crates my works.