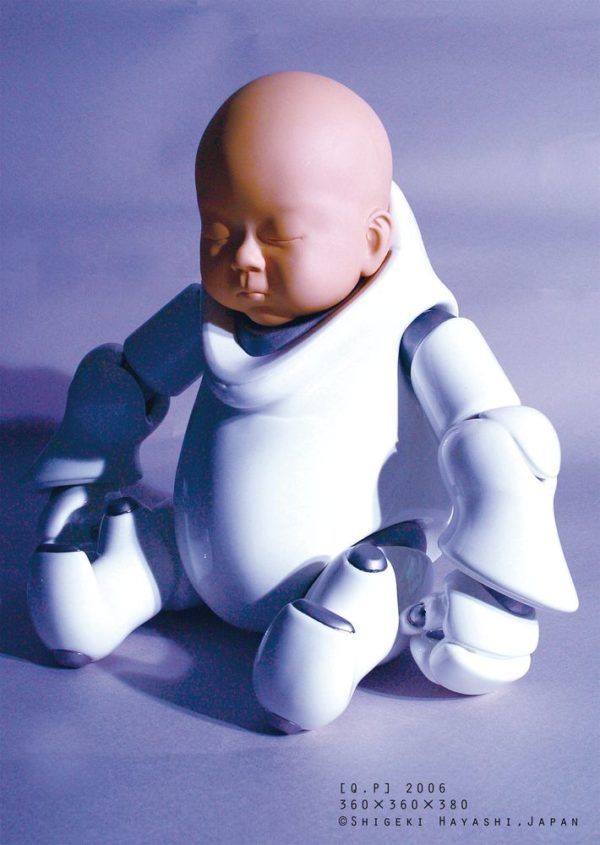 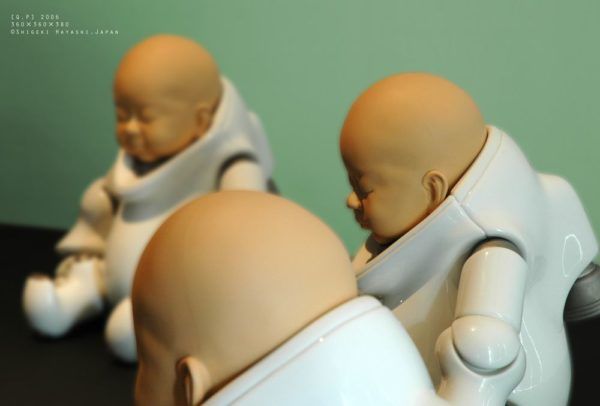 The work “Q.P.” marks my very endeavour into the new possibilities of ceramics in which I have been involved since early age, as I have grown up in a renowned pottery-region of the country. While a vast majority of the Japanese traditional pottery is based on texture, heat-inflicted colours and most importantly, philosophy, my facination stemmed from observation of the modern sanitary ceramics that seem to leave no room for “accidentality” due to the fact that they are almast always manufactured in factories.

Mastering the plaster-molding had been the chief objective of an early stage of my pottery career but it was not long before the very idea of precision-pottery was confronted by the significance of conceptualization on which to base the entire project blueprints.

In a nutshell, the work “Q.P.” represent my very ideology of surreal thinking through a super-realistic form of expression, in an attempt to raise awareness towards the new technological era human-beings are about to enter as well as the notion that lie between quantitative and qualitative methodologies in ceramics as a whole.