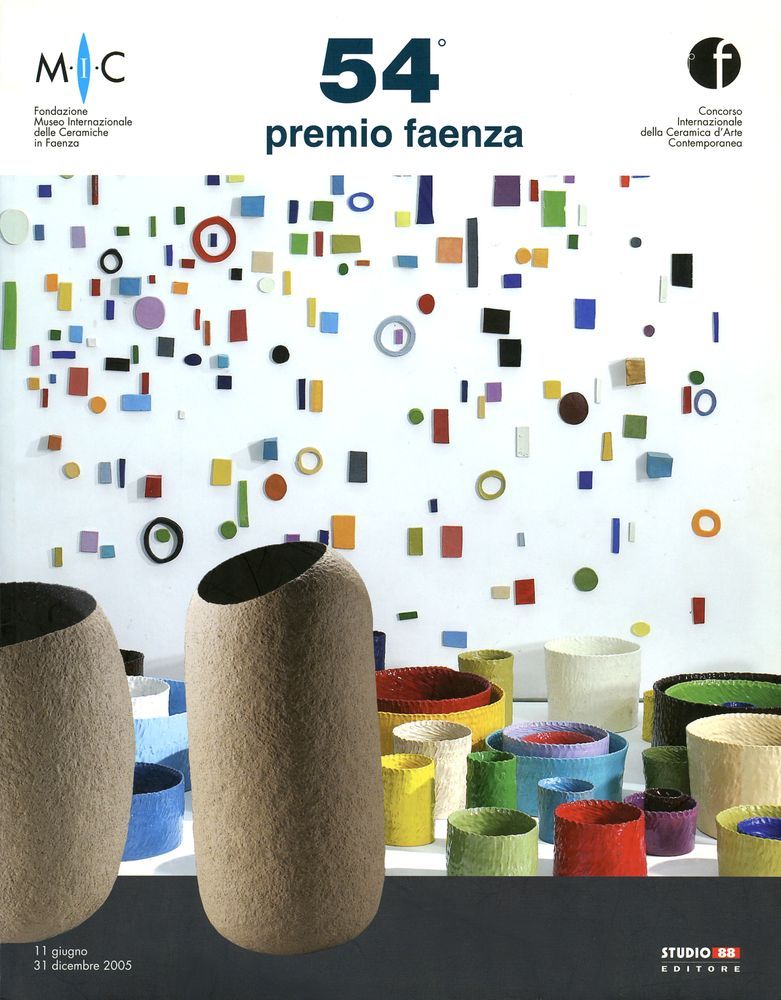 The 54th International Ceramics Competition, launched in order to help stimulate research and renewal of techniques and materials, forms and modes of expression, was open to artists, individuals and associates, without age restrictions.

Each competitor could present a maximum of three works without thematic constraint, performed with any ceramic technique, also using other materials if not predominantly. The works had to be of exclusive ownership, made in the previous two years and not submitted to other competitions.

At the Competition, with € 44,000.00 of prizes, in addition to honorary ones, 865 artists representing 62 countries competed, with a total of 1939 works. A first choice of works, based on the images submitted, was made on 20th, 22nd and 25th September 2004 by the international jury, composed of experts in the field of art, ceramics and culture. 120 works, presented by 96 artists from 21 countries (Australia, Austria, Belgium, Belgium, Bolivia, Brazil, Canada, Finland, France, Germany, Great Britain, Italy, Mexico, the Netherlands, Norway, the People’s Republic of China, Serbia and Montenegro, Spain, the United States of America, Switzerland, Hungary, Venezuela) were admitted to the second selection.

The second selection, with the awarding of prizes, took place on February 28th evaluating directly the works received, with the exclusion of those seriously damaged during the expedition. The winning work of the Faenza Award remained the property of the city of Faenza and deposited at the MIC.

The award ceremony took place at the MIC on 10th June in conjunction with the opening of the exhibition. The works were exhibited from 11th June to 31st December.

Rules of the 54th Competition

Rules of the 54th Competition_English _contest