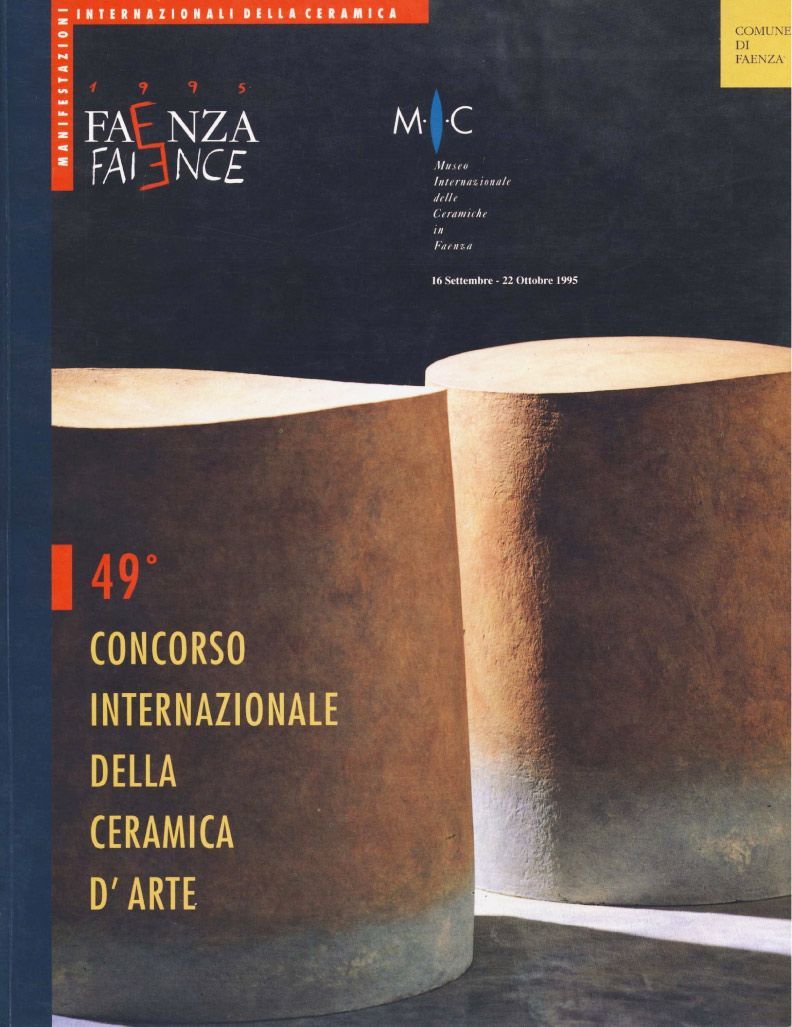 Each competitor, single or associated, could submit a maximum of three works performed with any technique. The competition, with prizes amounting to 45,500,000 lire, in addition to the honorary ones, saw the participation of 950 artists representing 59 nations, with a total of 2.236 works.

A first selection of the works, based on the images sent, was made on 8th and 9th December 1994 by an international jury, composed of experts in the field of art, ceramics and culture. 82 works submitted by 49 artists from 26 countries (Argentina, Australia, Austria, Belgium, Canada, Canada, Cuba, Egypt, Finland, France, Germany, Ireland, Italy, Japan, Great Britain, Indonesia, Ireland, Italy, Latvia, Mexico, Netherlands, Poland, Puerto Rico, Czech Republic, Dominican Republic, Federal Republic of Yugoslavia, Slovak Republic, United States of America, Taiwan) were admitted to the second degree selection. A very strict selection based on the choice to privilege the architectural and plastic criteria of ceramic construction, rather than purely decorative ones, favouring decorative colouristic choices of strong symbolic value.

The second selection, with the awarding of the prizes, was carried out on May 20th by a second international jury, directly evaluating the works received, with the exclusion of those seriously damaged during the expedition. The works that won the Faenza Prize and the purchase awards remained the property of the city of Faenza and deposited at the MIC.

The award ceremony took place at the MIC on 15th September to coincide with the opening of the exhibition. The works were exhibited from 16th September to 22nd October.

Rules of the 49th Competition

Rules of the 49th Competition_multilingual

Gold Medal of Ascom - Association of Traders and Services Faenza

Gold medal of the Confesercenti of Faenza