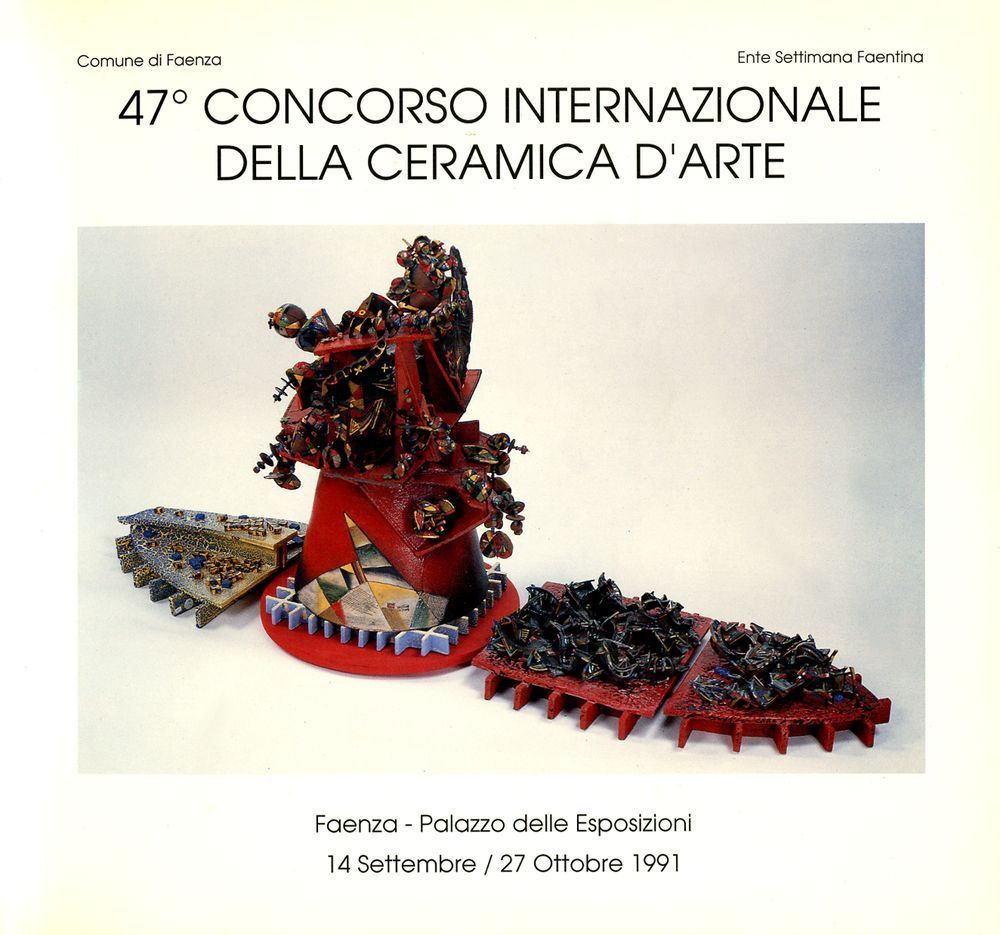 Each competitor, single or associated, could submit a maximum of three works performed with any ceramic technique.

The competition, with prizes amounting to 37,000,000 lire, in addition to the honorary ones, saw the participation of 942 artists representing 45 countries, with a total of 2.287 works. An initial selection of the works, based on the images submitted, was made on 17th and 18th January by an international jury of experts in the field of art, ceramics and culture. 143 works submitted by 107 artists from 38 countries (Argentina, Australia, Austria, Belgium, Brazil, Bulgaria, Bulgaria, Canada, Czechoslovakia, Colombia, Cuba, Denmark, Egypt, Finland, France, Germany, Great Britain, Greece, Hong Kong, Hungary, Ireland, Italy, Japan, Yugoslavia, Mexico, New Zealand, Netherlands, Norway, Poland, Portugal, Puerto Rico, Romania, Spain, Switzerland, Taiwan, Turkey, United States of America, United Kingdom, Venezuela) were admitted to the second selection.

The second selection, with the awarding of the prizes, was made on June 4th by a second international jury, directly evaluating the works received, with the exclusion of those seriously damaged during the expedition. The works that won the Faenza Prize and the purchase awards remained the property of the city of Faenza and deposited at the MIC.

Rules of the 47th Coompetition_multilingual