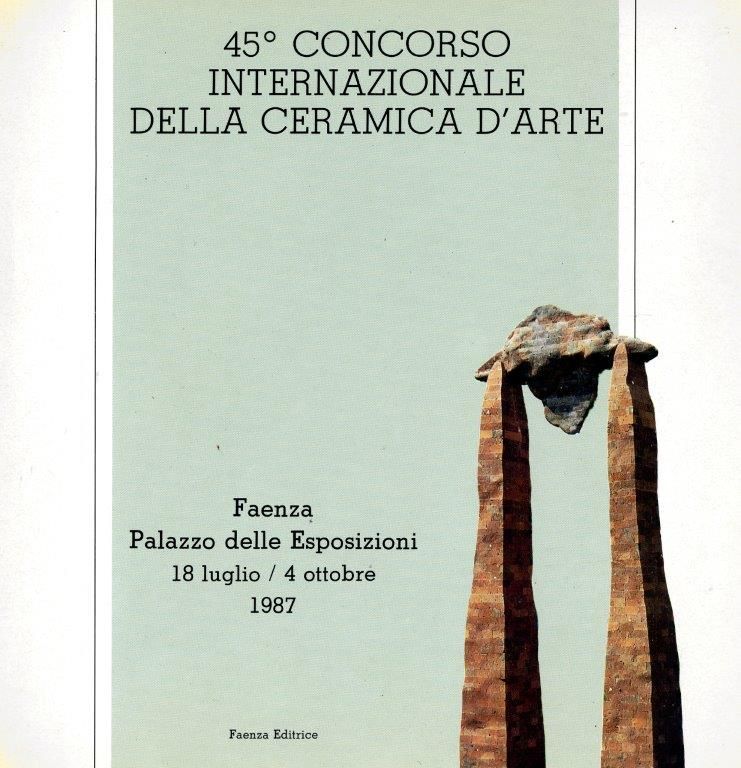 It was the last one to be held annually; after a break in 1988 the competition resumed as a biennial in 1989. The decision to hold the competition every two years was taken to strengthen the organizational structure and to find more financial resources to create an event that would also host numerous collateral exhibitions and parallel events, with the aim of stimulating the search for new fantasies, new techniques, new materials, renewal of forms and modes of expression. The competition, announced by the municipal administration and organized by a technical committee headed by the Ente Settimana Faentina, was open to artists and ceramists, individuals or associates, presenting a maximum of three works performed with any technique, with the exception of cold decorations.

The choice of the selected works was made on May 18th and 19th by an international jury, composed of experts in the field of art, ceramics and culture, while the award ceremony of the works took place on May 20th. The jury had the opportunity to observe and evaluate all the works directly, since each artist had to send his work to the Committee’s headquarters in Faenza, attaching his curriculum vitae to the works. 361 works submitted by 179 artists from 34 countries (Argentina, Austria, Belgium, Brazil, Bulgaria, Bulgaria, Canada, Czechoslovakia, South Korea, Cuba, Denmark, Egypt, France, Great Britain, Greece, Hungary, Iceland, Italy, Japan, Yugoslavia, Mexico, Netherlands, Norway, Poland, Puerto Rico, German Democratic Republic, Romania, South Africa, Sweden, Switzerland, Taiwan, United States of America, Venezuela) were admitted to the second selection.

The works that won the Faenza Prize and the purchase awards remained the property of the city of Faenza and deposited at the MIC.

The award ceremony took place on 18th July to coincide with the opening of the exhibition. The works were exhibited at the Palazzo delle Esposizioni from 18th July to 4th October.

Rules of the 45th Competition_multilingual